In his latest blog, Steve Hutin, the managing director of Rope and Sling Specialists Ltd, reflects on a decade at the helm and promises to finish what he started in 2006.

In his latest blog, Steve Hutin, the managing director of Rope and Sling Specialists Ltd, reflects on a decade at the helm and promises to finish what he started in 2006.

This blog is more advisory than celebratory. It’s opportune to use a milestone in my management to pause and reflect on the key moments of the last decade and share some success stories that will hopefully inspire others.

Ten is a magic number. It marks the progression of something into double digits and resonates so much more than, say… nine. Seemingly in whatever language it is uttered, it sounds significant, as though a target has been hit or a chapter completed. Real Madrid’s obsession with La Décima—their 10th European Cup triumph—was a good example. It was almost as though it was more important than it will be to go on to win it 11 and 12 times.

In this case, 2016 marks 10 years since I took the reins of Rope and Sling Specialists. I returned to the company in March 2006 before the sale went through three months later. I had worked at the below-the-hook equipment provider earlier in my career before taking a promotion in the shape of a regional manager position at Lloyds British Testing.

When I heard the owner of Rope and Sling was interested in offers for the business, I was at a crossroads many people in this industry and beyond find themselves at. I could stay at Lloyds British and continue to work my way through their ranks, which many would have seen as the safer bet. On the other hand, I could make a career (life) changing decision.

I never saw these choices as representing the right or wrong way, and I’d urge others in that position in future to avoid looking at them like that. What’s important is that one makes a decision that is right for them. If employment is fulfilling, challenging, rewarding and (excuse the pun) uplifting, taking a calculated risk might not be the best option.

I was ready to roll the dice. Lloyds had sold off its rigging business to tool hire specialist Speedy Lifting and I was becoming increasingly disenchanted by the vision for the company. I had already started to use my experiences to formulate my own business strategies and knew that the opportunity to lead a lifting company was not to be sneered at.

Next job was to get the financial ducks in a row, which was a process that also set the early goals for the new era of Rope and Sling. I had big plans for the business as many new owners do, but it was imperative that loans, debts and other monetary matters were taken care of first. Look at a gazelle. It’s a lean, alert animal, able to run and leap in incredibly swift bursts. Nature has spared it of baggage with good reason. Hence the term, gazelle company.

Don’t expect debts to disappear overnight. It took about 18 months before we were ready to leap into action. First, we renewed the Bridgend headquarters, which were somewhat indicative of the state of the business when I took it over. We modernised the facilities—our flagship premises and the foundations from where we would grow. I believe all good companies should have a strong, modern headquarters that sets the tone. It’s the first thing customers see and a place of work for the employees that a leader hopes to inspire.

I’d urge any new business leaders to be ambitious in their growth strategising. I don’t believe it is scale that businesses struggle to cope with in itself, but more the sturdiness of the stepping stones that are placed to get there. Plan carefully and don’t run before you can walk. It’s a sporting cliche that perhaps Real Madrid adopted in their quest for La Décima: take one game at a time.

I knew we needed to expand the capacity and depth of our hire fleet. Rope and Sling was a business accustomed to ordering 20 1t, 1m slings. We reshaped the model and were soon placing orders for 1,000 units at a time. One can imagine the change in culture that such a shift required. Industry responded. We were shifting fast-moving product at a rate many thought impossible because people had become indoctrinated by the theory that we were a small rigging shop. Once upon a time, maybe, but now we had big plans.

In 2008 we opened our second depot in Templeborough, Rotherham to enter the market in the north of England. Many of the lessons learnt over the last decade can be attributed to the setup of this facility, chiefly the importance of good people and the local marketplace. One cannot make a positive presence felt in a new region without passionate, knowledgeable staff and an ability to tailor a service to the needs of those on its doorstep.

Again, patience is key. Don’t rush the opening of a new facility until the personnel, infrastructure, product and ability to deliver a timely, world-class service is in place. Not that we did rush the ribbon-cutting ceremony at the Centurion Business Park, but it reinforced the importance of certain criteria that were to form the blueprint for future expansion.

Offices in Aylesford, Kent (2011) and Grangemouth, Scotland (2013) followed and as we prepare to setup in Hayes, West London, we’re confident we have a well-practiced system in place to successfully enter the local market. Always key is the right people and a tailored below-the-hook equipment offering. Our Kent frontman will oversee delivery of the strategy in our newest facility.

As I’ve said before, we recognise that in South Wales our focus is steel professionals, while in London, those working in infrastructure and construction require different product and support to our offshore contacts in Scotland and more varied community in Rotherham. One can apply the theory to any business sector.

The West London depot is only a halfway house. I said at the outset that 10 is a magic number and I think we will only effectively provide a truly national below-the-hook service when we have that many local facilities in place. Over 10 years, we’ve grown our staff from just a handful of people to approaching 50 and quadrupled turnover. We’re getting more business from the blue chip sector and mega-projects, while taking care of our core, local customers who remain at the forefront of our plans.

I’ve seen large lifting companies abandon their regional markets to look after key accounts or, more crudely, chase the big bucks. I don’t believe in that strategy and it isn’t one I’ll ever implement at Rope and Sling. Therein lies the crux of my business plan. I’ve never claimed to be a rocket scientist. My strategy is principally based on 12 years of experience in the industry before I returned to the company. I note and implement what impresses me and ignore what I don’t. Even my worst employers, managers and customers have helped that way.

It’s incredible to think I have spent 22 years in the lifting equipment industry. My blogs are always positive, but I can’t recall the last 10-year chapter without referencing the challenges of battling through the biggest recession of all time. I have had to wear many different hats and learn new skills. I’ve been in charge of sales, marketing, HR and finance, not to mention all the technical enquiries we have addressed on behalf of our customers.

But it’s been fun, and I’m lucky to have in place a really good team of people who share my vision to make Rope and Sling a truly national lifting equipment company.

Thank you for all the support over the last 10 years and here’s to safe travels on the road to 2026! 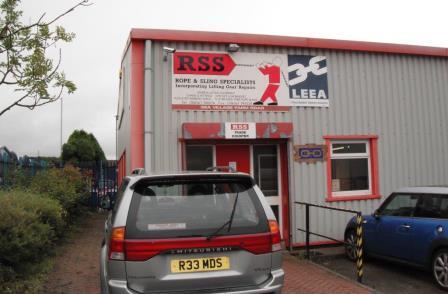 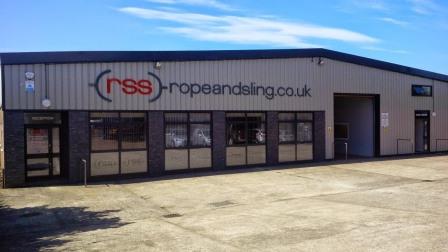